Hypovolemia is a condition, where the blood volume decreases, otherwise a decrease in blood plasma volume occurs. Thus, it is the volume contraction’s intravascular component or blood volume loss due to haemorrhage and dehydration. Hence, sometimes, volume contraction and hypovolemia are used synonymously. Hypovolemia is represented by depletion of sodium (salt), thereby differing from dehydration, and meaning excessive water loss from the body.

Historically, hypovolemia was termed desanguination meaning extensive loss of blood (derived from the Latin word sanguis, meaning blood). Hippocrates widely used this term. Actually, this word was used for describing the personality lack, either due to weakness or health, as a result of massive blood loss or hemorrhage.

Volume repletion occurs rapidly in patients suffering from severe hypokalemia, where the peripheral perfusion gets decreased due to delayed capillary refilling and cold extremities. It may also be rapid due to hypovolemic shock, which is severe hypovolemia along with hypotension. Delayed treatment may cause ischemic injury, irreversible multi-organ failure and shock. In such instances, three issues should be taken into consideration; the fluid replacement rate; fluid type infused, and buffer therapy for concurrent lactic acidosis.

Hypovolemic shock is an emergency situation, where excess fluid and blood loss occurs that causes an inability of the heart to pump the essential blood needed to the body. This kind of shock can even cause body organs to cease working.

The 4 stages of hypovolemic shock are also referred to as Tennis staging, as the percentage of blood loss imitates the tennis scores as 15, 15-30, 30-40, 40. In general, it is similar to the classification of bleeding, according to blood loss.

Hypovolemic shock occurs when the normal quantity of blood in the body is lost about 1/5th or more.

The severity of the symptoms of shock depends on the extent of blood loss.

Clinical symptoms may not be present until 10–20% of total whole-blood volume is lost.

Diagnosis can be made on the basis of:-

Reverse changes in blood pressure is seen, i.e., hypertension, in spite of hypotension. Children have the capability of maintaining their blood pressure for a prolonged period of time than the adults; however, when de-compensation occurs, the condition deteriorates rapidly. Apart from the low blood volume, the chances of internal bleeding are also more with children, and hence, it needs immediate medical attention, as profuse internal bleeding can even lead to death.
Thus, look out for mechanisms causing internal bleeding, as bruised or ruptured internal organs. Evaluate the abdomen and chest for pain, guarding, deformity, swelling and discoloration. Bleeding in the abdominal cavity may lead to classical bruising patterns seen in Cullen’s sign and Turner’s sign.

A detailed examination depicts signs of shock, such as:

The main objective here is to replace the lost fluid and blood.

The below-mentioned interventions may be carried out:

Also see this : Hypervolemia – otherwise known as fluid overload, is a condition where there is excess fluid in the blood.

The Truth About Vaccination 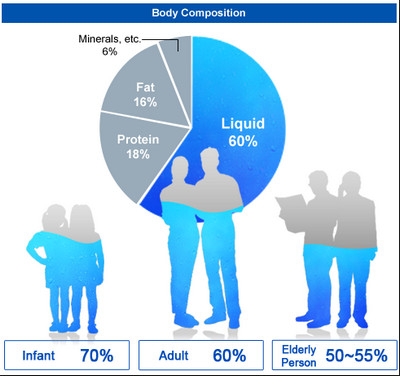